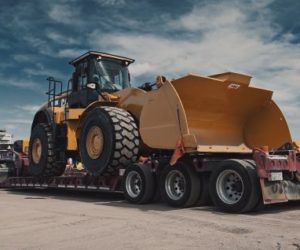 Construction equipment is constantly on the move. It has to be transported, whether from a manufacturer, dealer, rental company, auction company, contractor or just from job to job.

And it doesn’t come in a neat shipping container. It can require specialized equipment to load and transport, special permits, a pilot car and/or adherence to port protocols, all at a price tag that can be an unpleasant surprise.  Not to mention that each state has its transport rule quirks and that the machine may have been modified in ways that change transport dimensions and weight, none of which are on a standard spec sheet.

Finally, who do you trust to efficiently, safely and legally transport a costly machine? 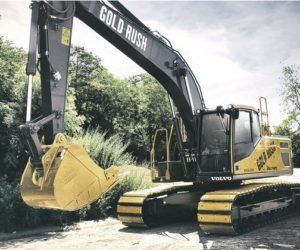 Voters in Discovery’s Give Big Giveaway determined the amounts Building Homes for Heroes and Habitat for Humanity each receive.

As a result of the sale of its Gold Rush excavator, Volvo Construction Equipment has contributed $290,000 to two nonprofit organizations — Building Homes for Heroes and Habitat for Humanity.

Volvo introduced the excavator to commemorate the 10th season of Gold Rush on Discovery Channel. The exclusive gold Volvo EC200E was auctioned off by the Ritchie Bros. this February following a U.S. and Canada tour spanning nearly 25,000 miles and 25 stops. 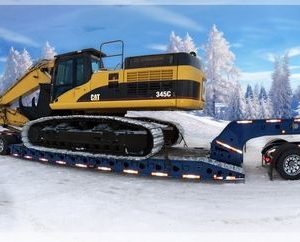 As temperatures are warming with the arrival of Spring, it’s a good time to review Thaw/Frost Laws. These seasonal restrictions on traffic weight limits and speed vary by state. They are in place to protect roadways and still allow transport providers to maximize their loads in these northern areas. The roads that are sensitive to weakening during the spring thaw are the areas protected by the seasonal weight restrictions.

The Gold Rush-themed Volvo EC200E excavator, inspired by the Discovery Channel television show, will be auctioned off at the Ritchie Bros. largest equipment auction of the year.

As well, the proceeds from the sale will benefit two charities.

Proceeds from the sale will be shared between two home-building nonprofit organizations voted on by viewers.