The History of Heavy Haul starts with the first semi-truck was invented by Alexander Winton, in Cleveland, Ohio.  Winton went into the business of “horseless 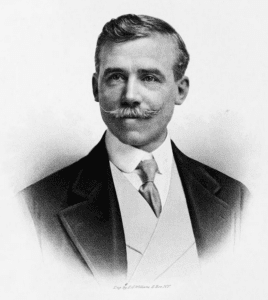 carriages” or cars in 1896. The Winston Motor Company of Cleveland sold 22 manufactured cars in 1989. Winton discovered the need of delivering these cars to their buyers who lived all over the country, and thus invented the semi-truck in 1898 and sold his first manufactured semi-truck in 1899, originally called the automobile hauler.

The first semi trailer used a short-wheeled touring automobile that has been modified, also known as a tractor with a cart, or trailer, attached to the rear of it. The platform sat on the top of the engine portion and rested on a pair of wheels on the other end. This may be a bit confusing as most cars and trucks have engines in the front; this car had an engine in the rear. Before the cart was mounted onto the pulling car, the automobile to be delivered was wheeled onto the ramp of the cart and fastened to the platform. The edge of the platform resting on the ground was then elevated and attached to the top of the trunk of the pulling vehicle, today a flatbed trailer known as an RGN, removable gooseneck, uses the same principle of being driven onto and then hitched to the tractor.

During World War 1 (1914-1918) the rise of trucks for transport became increasingly important as the railroads became congested. Roy Chapin began working on the first-long distance shipments and pneumatic tires capable of supporting heavier loads at higher speeds. White Motor Company started developing trucks with trailers during this time as well as Mack Trucks, founded in 1900 in Brooklyn, NY was an early innovator of heavy-duty commercial vehicles. The company developed and manufactured its own engines that were equipped with an automatic starter, making the hand-crank obsolete.

Winton focused on his engine designs and left the expansion of the semi-truck to other companies. John C. Endebrock had a lot of background in building horse carriages and used his knowledge to develop what he called the “trailmobile”. The trailmobile was an iron chassis mounted on wheels and springs that could be trailed behind a Ford Model T. This 1918 design was designed so that it would be easy for a single operator to hook the trailer to the car. Earlier trailers required three men to hook up the chassis to the car. Trailmobile is still a brand name today!

In the 1920’s George Cassens took the vehicle hauling business to the next level, as a car salesman required to deliver the cars that he sold, he was reliant on car haulers. When in the early 1930’s, he attempted to ship the new cars directly to the buyers; he realized that the shipment costs were prohibitive for the car manufacturers. He stepped in and offered to haul the cars from the manufacturing site to the car owners. He devised a $1,850 four-car auto trailer that was pulled with a two-ton Dodge truck.

In 1933, as part of President Franklin D. Roosevelt’s “New Deal” the National Recovery Administration requested that each industry create a code of fair competition. The American Highway Freight Association and Federated Trucking Associations of America met in 1933 and completed and approved the codes, as well as merged to create the American Trucking Association, In 1935 congress passed the Motor Carrier Act, which replaced the code of competition and authorized the Interstate Commerce Commission to regulate the trucking industry.

Peterbilt, based in Tacoma, WA began selling its semi trucks in 1939. Peterbilt trucks were used to haul logs from the forests to the lumber mills. T.A Peterman could not get his  inventory to his lumber mill quickly or efficiently enough to suit his needs, so he looked into automobile technology for logging trucks that could do the job.

Peterman began by rebuilding surplus military trucks, improving the technology with each successive vehicle, such as replacing crank starters with battery powered ones. In 1938, near the end of the Great Depression, he purchased the assets of Fageol of Oakland, California, which had gone into receivership in 1932 (near the depths of the Depression). In 1939, he began selling his trucks to the public.

The history of heavy haul sits on over a hundred years of changes, the two wheel semi trailer from Winton has evolved into an eighteen wheeled semi-truck with three axles. Today, semi trucks transport more than 700,000 tons of goods each year in the United States that are taken to destinations by 3.7 million truck drivers. This represents more than 70 percent of all U.S. freight delivery, and it all started with a single car trailer that replaced the horse drawn carriages.

Other Posts of Interest 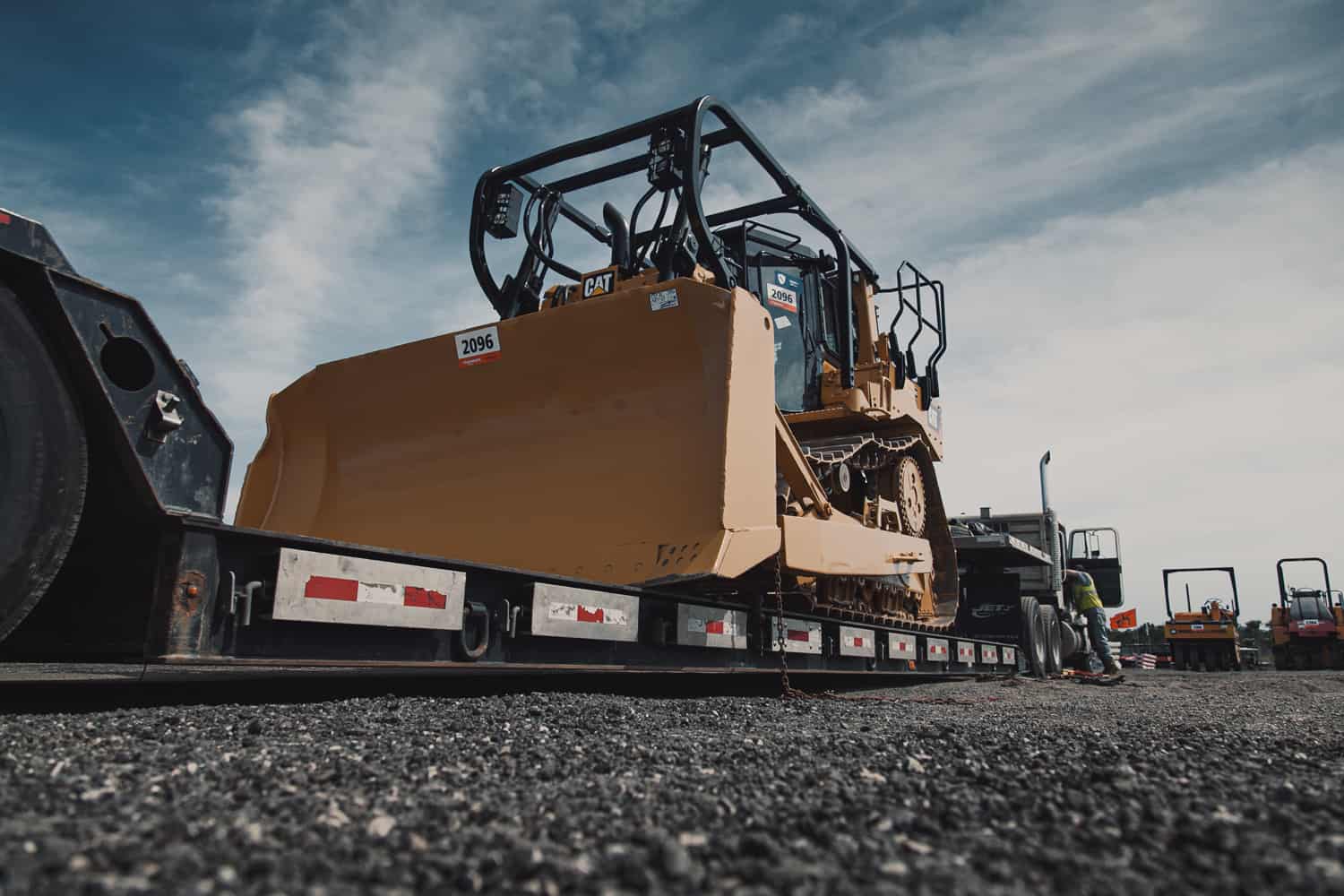 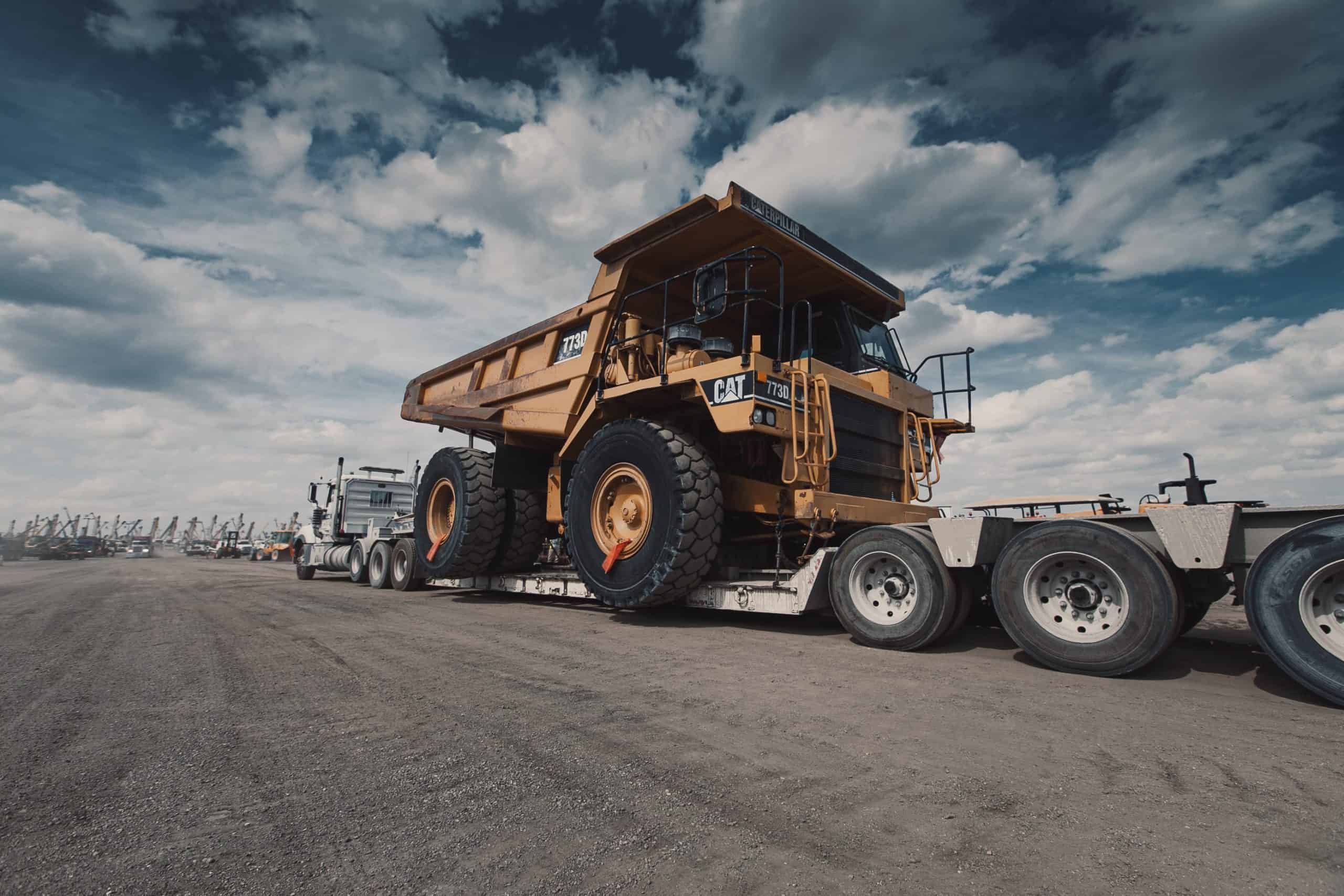